The Insect Molting Process and How it Relates to Pest Control 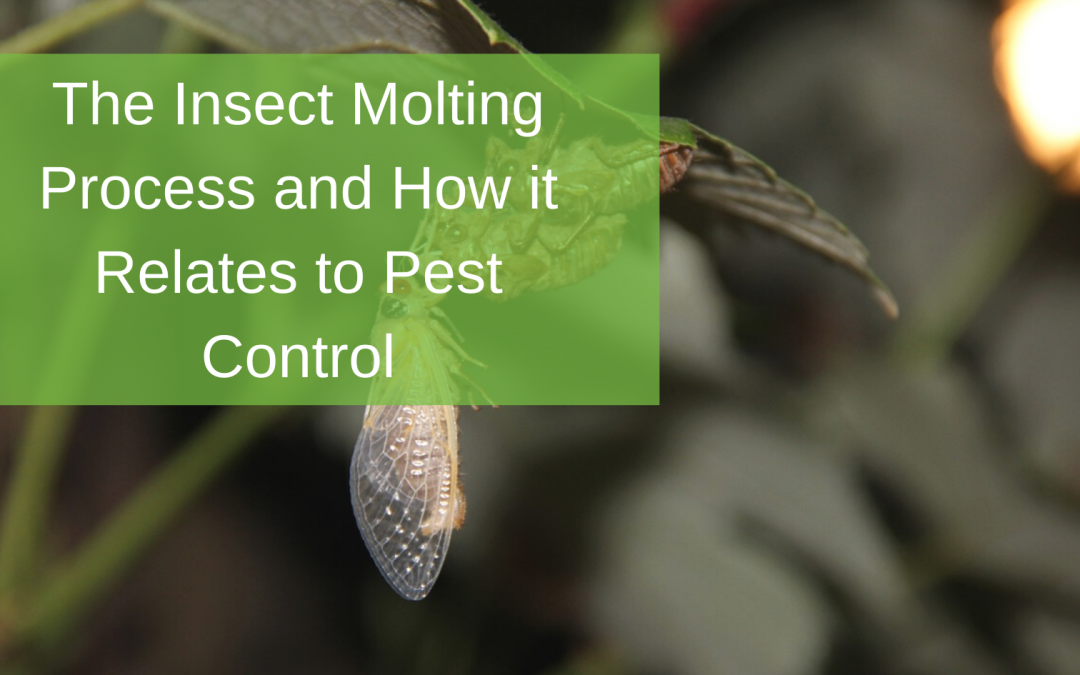 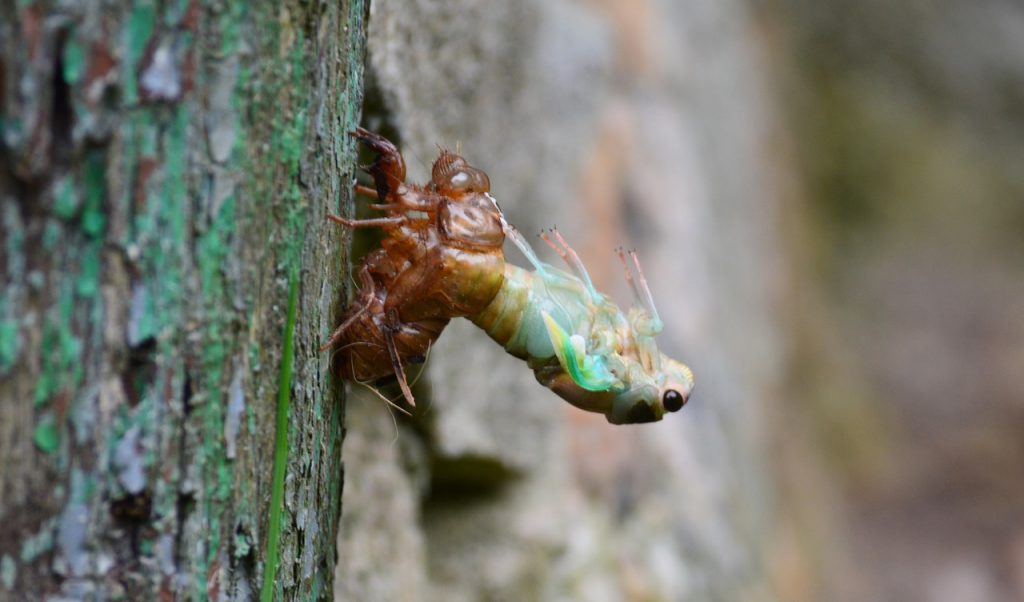 Insects belong to a group of animals called arthropods. Arthropods make up about 80% of all living animals and also include things like arachnids and crustaceans. All arthropods are invertebrates, which means that instead of having backbones, they have exoskeletons. Vertebrate animals, like humans, have bones and skin that grow and stretch. Exoskeletons, however, are rigid outer body coverings that protect and support, but do not allow for expansion. For insects and other arthropods to grow and develop, they must shed this outer covering and grow a larger new one. Growth occurs in stages and happens through a process known as molting or ecdysis.

How does molting work?

How often do insects molt?

The number of times an insect molts depends a lot on the species. The house fly goes through 3 molts (also known as instars) before reaching adulthood. German cockroaches have 6 or 7 molts, and mayflies molt 28 times! On average, most insects molt between 4-8 times in their lifetime.

How does molting relate to pest control?

Molting directly relates to many areas of pest control. Old molted skins are some of the first signs of an infestation that many people notice. For example, if you start finding shed roach or bed bug skins, you can be on the lookout for potential problems and call a pest specialist before the problem gets out of hand.

The molting process is also a key to some pest control treatments. Insect growth regulators (IGR’s) are popular chemical substances that are used in pest control. IGR’s interfere with the molting process and prevent insects from reaching maturity, eventually leading to their death. IGR’s are very low risk for humans and pets, so they are widely used. This form of pest control usually takes longer than contact killers, but it is very beneficial when used in combination with other treatments because it prevents any new generations from being born, effectively ending the infestation.

The experts at Radar Pest Control are ready to help you with ants, roaches, wasps, termites, silverfish, spiders, rodents, and more. We provide service in Nambour, Bli Bli, Buderim, and throughout the Sunshine Coast. If you are in need of pest control Sunshine Coast, contact us today.