The Difference Between Wasps and Hornets 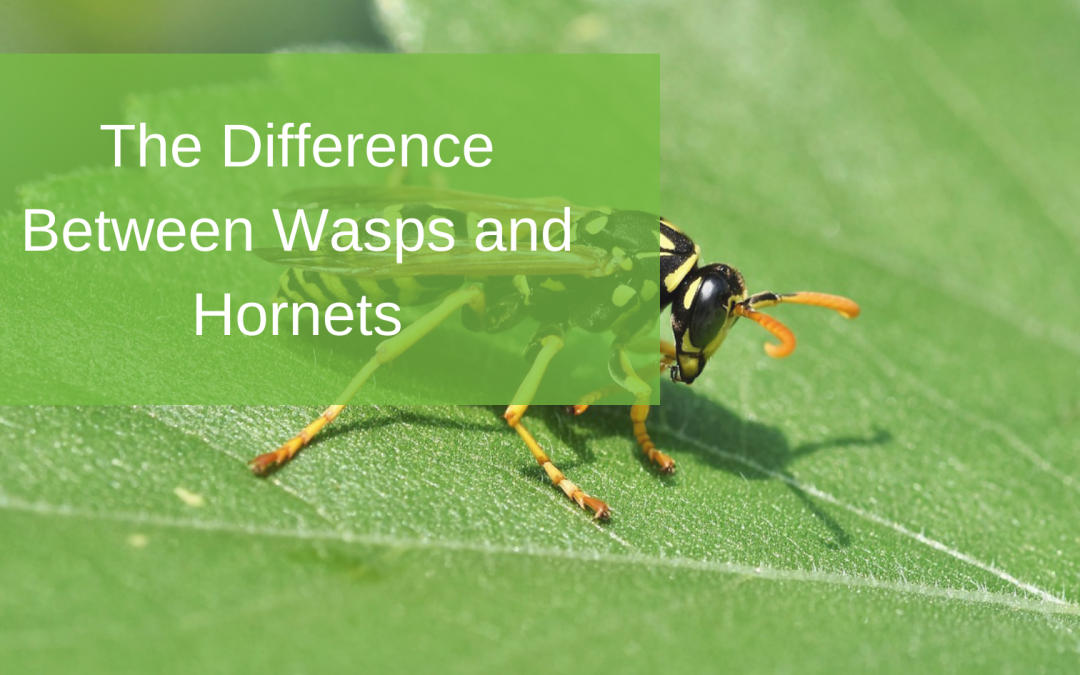 Do you have wasps around your home? Or are they really hornets? Is there even a difference?

The terms wasp and hornet are often used interchangeably in colloquial speech, but there actually are some differences. In this article, we will help to set the record straight on these flying insects.

A wasp is an insect that is part of the order hymenoptera, with characteristics that include living in groups or colonies, 2 pairs of clear wings, and mouthparts used for chewing. Hornet is the name given to the largest type of wasp that is part of the vespinae sub-family. So, to put it as simply as possible: All hornets are wasps, but not all wasps are hornets!

There are some defining characteristics that help distinguish hornets from other types of wasps. These include both physical and behavioral differences.

Identification: The majority of wasps are 1 inch or less in size and can be a wide range of colors, including yellow and black, which are often confused for bees.

Nests: Depending on the species, nests can be in the air, on the ground, or even in underground burrows. Paper wasps create nests out of a gray or brown paper-like material, while mud-daubers use mud to build their nests.

Behavior: Most species of wasps are not very aggressive and will not sting unless they are provoked.

Identification: Hornets are larger than average wasps and typically range from 1-2 inches long. Hornets are most often black and white in color, but some may be brownish-red. They also have a larger, rounder segment behind their waist that gives them the appearance of being fatter than other wasp species.

Nests: Hornet nests are mostly in the air in trees or shrubs, but a few species live underground. The nests are typically made from chewed wood and saliva, which forms a papery material. Hornet nests can grow quite large and reach 700 members during peak season.

Behavior: Hornets are more aggressive than other species of wasps and will defend their nests viciously. Hornet stings also tend to be more painful because their venom contains larger amounts of acetylcholine.

Whether you are dealing with hornets or other species of wasps, care should be taken. Wasps can repeatedly attack with their stingers, and allergic reactions to their venom can be serious. If you need help getting rid of wasps and/or removing wasp nests, contact Radar Pest Control. From Nambour to Buderim and everywhere in between, Radar Pest Control will get rid of whatever is bugging you.