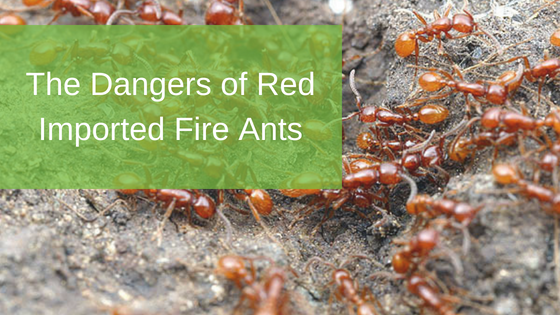 Red imported fire ants (RIFA) are an invasive ant species in Australia that are native to South America. They have begun to spread around the world due to increases in international travel and trade. Wherever the species is found, they bring with them physical, social, economic, and environmental impacts to the new areas. RIFA were detected in Queensland starting in 2001, but so far they have been well contained. The government keeps a close eye on them and needs help from the public to keep them from spreading. Here’s what you need to know about red imported fire ants.

Red imported fire ants (Solenopsis invicta) are 2-6 mm long. They are a coppery brown color and usually have a darker colored abdomen. The nests of fire ants usually appear as loose soil or mounds, but lack a visible entrance or exit. If they are mounded, they can be up to 40 cm high. Red imported fire ants are most often found in open areas of land like lawns or along roads. Fire ants can also be found under logs and rocks. 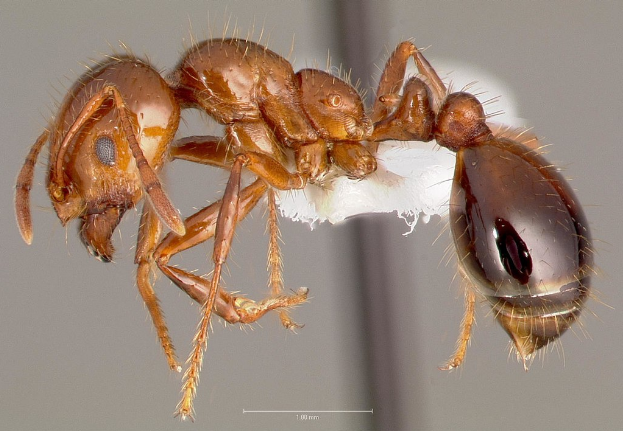 The biggest physical danger of red imported fire ants is that they sting when disturbed. These stings can be extremely painful and can burn or itch for up to an hour. Often these ants will be in large groups, and multiple stings can cause severe pain. After a few hours, small pustules may form and can take several days to heal. If you are stung, ice can be applied to reduce swelling. For individuals who have a known allergy to insects, fire ants can be very dangerous because they can cause severe breathing difficulties and anaphylaxis in susceptible people.

Since fire ant bites are so painful and potentially dangerous, behavioral changes among residents often occur when the ants become well established in an area. Some examples of social impacts may include people foregoing outdoor activities like picnics and walks, or not playing outdoors with pets in areas known to have fire ants.

Any time an invasive species enters a new ecosystem, they tend to disrupt the native plants and animals. This is true of RIFA. They tend to be a stronger, hardier species of ant, so they will displace native species. They also eat and damage native seeds and other flora, which leads to other changes in the ecosystem.

Economic impacts can be severe in certain areas. In places where fire ants have become well established, like the United States, millions of dollars are spent yearly on fire ant control. Fire ant mounds in fields can cause damage to machinery and irrigation equipment. RIFA also have a habit of nesting in electrical equipment, which can cause large amounts of damage. There is also a noticeable effect on tourism and trade in areas with fire ants.

Since red imported fire ants are such a problem, the Queensland Department of Agriculture and Fisheries asks that any fire ant infestation be immediately reported. RIFA aren’t the only ants that can be annoying and dangerous. Ants are one of the most common household pests in the world, and they are a year-round nuisance in many areas of Australia. Radar Pest Control is your go-to place for Sunshine Coast ant control. Our technicians are professional, friendly, and efficient and can help solve your pest problems. Contact us today for more info.