How Long Do Termites Live? 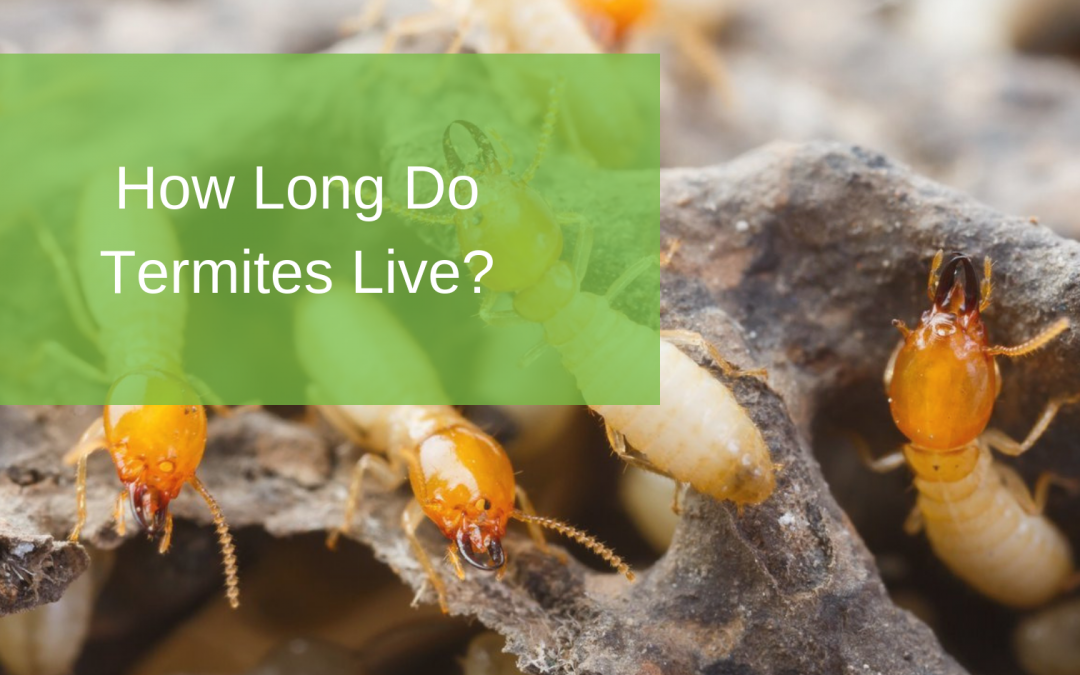 Most insects are not known for their long lifespans. A German cockroach’s average lifespan is 3-6 months, house flies can live up to 25 days, and little mayflies live less than 24 hours! These short lifespans may be heartening when it comes to household pests, but unfortunately, it does not apply to termites. While worker and soldier termites live a fairly lengthy (for insects) 1-2 years, a queen termite can live decades.

The queen termite is the longest living insect on earth. The record goes to African mound building termites who, in ideal conditions, can reach 30-50 years old. Other species of termites also have respectable lifespans, though not quite as long. Subterranean termite queens can live up to 30 years and drywood queens 10-12 years.

When the termite queen dies, secondary reproductive queens can take over the egg producing responsibilities. This means that the colony can last for the life of the queen and beyond. Some species of termites can last so long that they can grow to include nearly 1 million members.

Even the 1-2 years that average worker termites live is impressive because of the number of obstacles that they face. Termites are food for many different kinds of animals including: centipedes, roaches, frogs, lizards, aardvarks, anteaters, and aardwolves. Interestingly, termites greatest enemies are actually ants. Ants often raid colonies and cause great destruction to the termite population.

Termites can also be attacked by parasites like mites and nematodes, as well as many different kinds of fungal pathogens. Despite all this, they have found a way to survive and thrive, especially here in Australia where we have over 300 species of termites. The damage caused by termites every year exceeds 1.5 billion dollars.

Learning the length of time that termites live may give you even more anxiety than you previously had, but with the right prevention and control measures in place, you don’t have to stress about termites. It is recommended that you get a full termite inspection on your home at least yearly, and in some particularly troublesome areas of Queensland, even more frequently.

Having yearly Sunshine Coast termite inspections performed by termite experts will help ensure that you catch any problems early. Radar Pest Control offers the best professional termite inspections, as well as termite barriers and monitoring and baiting services. For pest control on the Sunshine Coast, you won’t find better than Radar Pest Control.