How Do Insects Breathe? 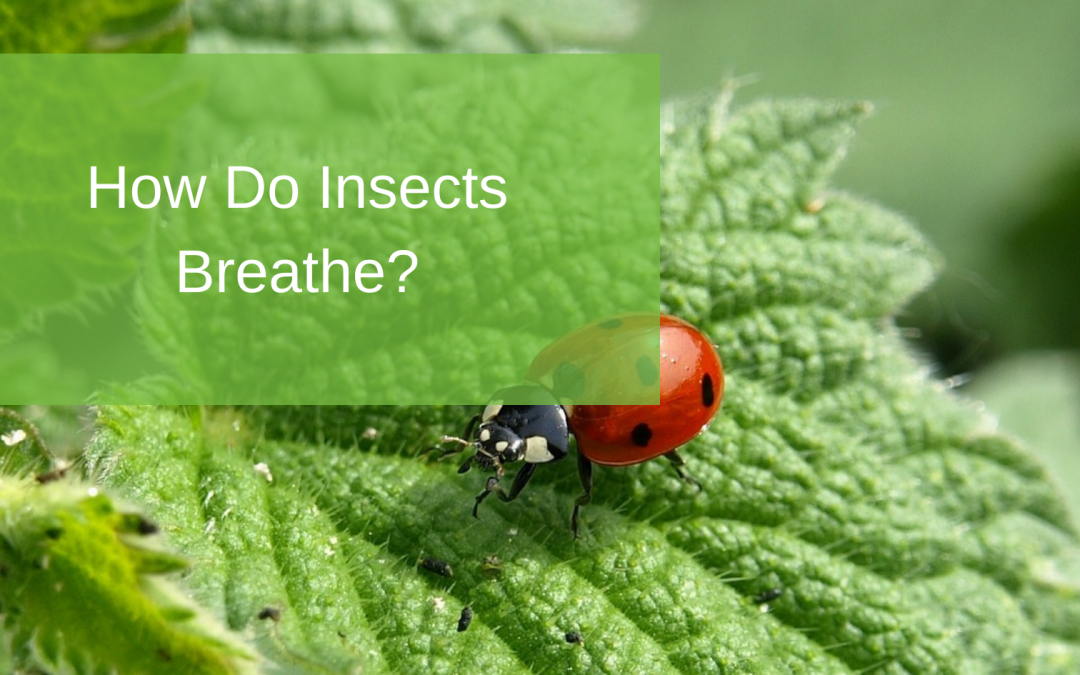 Like humans, insects require oxygen to live. They also produce and get rid of carbon dioxide as a waste product from cellular respiration. That is as far as the similarities between insect and human breathing go. Insects do not have lungs and do not transport oxygen to the cells via a circulatory system. It is fascinating to learn how insects breathe and how that physiological process may be exploited for better pest control.

Air enters an insect’s body through many small external openings along the abdomen called spiracles. The air then passes through a series of hollow tubes, known as tracheae, that deliver the air straight to the tissues. This system of tubes is responsible for getting enough oxygen to the cells and removing carbon dioxide. Many insects have some control over the amount of air that enters the spiracles. They can contract or relax muscles that will open and close the spiracles.

Limitations Because of How Insects Breathe

This tracheal breathing system does have some limitations, which ends up being good for you and me. Although we may feel that pests along the Sunshine Coast are particularly large, the size of insects is limited because of the way that they breathe. Askanentomologist.com said it this way when describing how big beetles can be, “The bigger the beetle, the longer the oxygen has to travel, and the more volume the trachea will take up. If the trachea take up too much volume in the body, there’s no room for other tissue like muscles and stomachs.” It may seem complicated, but we can be thankful that there is a size limit on insects!

Researchers are studying how insect breathing can be used to improve pest control and fumigation techniques. Fumigants mainly enter the insect through their respiratory system. Insects generally take in more air when the temperature is higher, which means that the uptake of pest control chemicals is also greater. In simple terms, hot days may make pest control treatments more effective. Conversely, if it is cold and an insect has entered a sleep-like state, known as diapause, their tolerance to chemicals is much greater because they are not actively taking in large amounts of air, which means more fumigant may be needed. Researchers have also found that adding carbon dioxide to pest control treatments may accelerate the toxic effects of the gas because it stimulates the opening of the spiracles.

While understanding how insects breathe is interesting, the biggest thing to remember is that pest control manufacturers, companies, and technicians are trained to know the best way to apply treatments to get great results. At Radar Pest Control, we stay on top of current research and provide our customers with the very best products and service possible. From termites and ants to roaches and rodents, we can get rid of them all. For Sunshine Coast pest control, contact Radar Pest Control today.