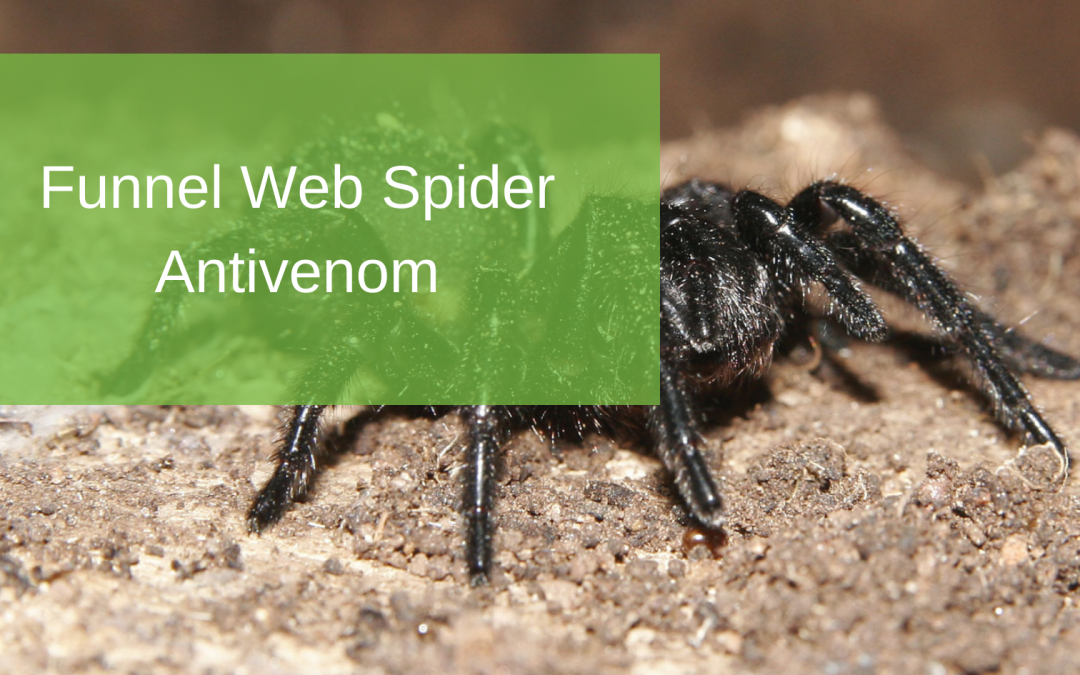 The Sydney funnel web spider is widely believed to be the most venomous spider in the world. Major bites can cause death in less than an hour. Funnel web venom affects the nervous system and can cause tingling around the mouth, twitching of the tongue, salivating, muscle spasms, hypertension, respiratory distress, and even death. There are 13 known deaths attributed to the Sydney funnel web, so the development of an antivenom was a major breakthrough.

Antivenom is created by “milking” the spiders. Since funnel web venom is harmless to most mammals, researchers can inject small amounts into rabbits without them suffering any ill-effects. The rabbits build antibodies to the venom and after immunological conditioning, a portion of the blood is removed and the plasma is extracted to create the antivenom.

Eastern Australia is home to many different kinds of dangerous spiders. Improvements in antivenom have helped to make it safer for everyone, but the best way to deal with spider bites is still to prevent them in the first place. Keep spiders away from your home and family by getting regular pest control treatments. The experts at Radar Pest Control can help identify pest problems, implement exclusion methods, and get rid of the pests for good. For the best Sunshine Coast pest control, trust Radar Pest Control to get the job done right.