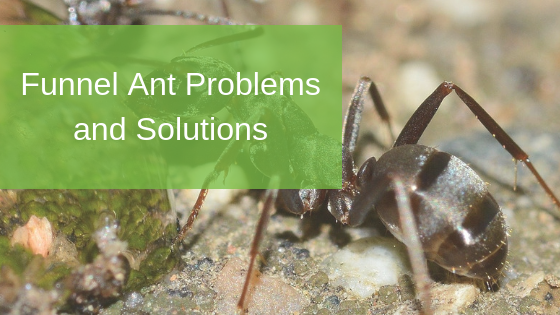 Funnel ants are found throughout Australia. While they are especially numerous in Western Australia, the Sunshine Coast also faces threats from these little invaders. Funnel ants can not only give painful stings, but they can also destroy lawns and landscaping. Funnel ants can be challenging to get rid of, but with the right expertise, you can keep your lawn free from funnel ants and their nests.

Funnel ants can be difficult to identify by looks alone. They are a brownish-tan species of ant that can grow approximately 5 mm long. What really helps to pinpoint the species is their unique nests. Funnel ants create large cone or funnel-shaped nests. These volcano-like funnels can be up to 4 cm in diameter and 30 cm deep. The nests can seemingly spring up out of nowhere, commonly after heavy rain storms when the ants are repairing their nest and looking to expand the colony. If the ants are not taken care of in a timely manner, they can continue to build nests and spread throughout the area.

Funnel ants are found in forests, woodlands, and urban areas. They tend to be a bit picky about where they build nests, preferring sandy soils. It appears that they also favor bare ground, but are problematic in lawns and turf areas as well. Funnel ants are less attracted to broadleaf varieties of grass, so two yards that are side by side may not have the same issues with funnel ants, depending on these factors.

Funnel ants are omnivores that will eat proteins, sugars, and other plant-based foods. They especially like the sweet secretions from aphids, known as honeydew. Funnel ants will help protect the aphids from predators in order to have access to this food source. Funnel ants are scavengers, but they will also eat insects that fall into their funnel nests. This allows them to get food without having to travel far.

Funnel ants can really be destructive to lawns and landscaping. Their funnel nests can leave large holes and bare patches in yards. These cone-shaped mounds can also damage lawn mower blades and cause injuries because of the uneven surfaces they create. Beneath the surface, funnel ants create extensive networks of tunnels. These tunnels can greatly weaken the soil, causing it to collapse. This can lead to big expenses like leveling and re-turfing lawns that have been destroyed by funnel ants. 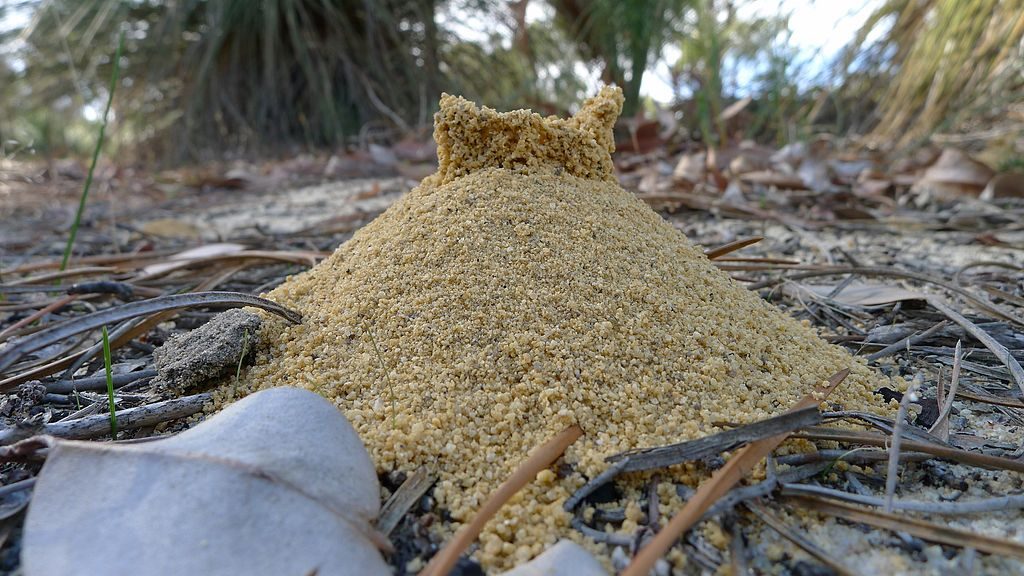 Although funnel ants are not known to be aggressive, they will defend themselves if needed and can give painful stings. These stings are not likely to be life-threatening, but they can be uncomfortable. Ice packs and numbing sprays can help deal with the pain, but if an allergic reaction starts to develop, you should seek medical attention.

Early intervention brings about the best results when dealing with funnel ants. Ant products available to consumers will kill the ants that are directly sprayed, but without killing the queen ant, the colony will continue to survive and grow. Radar Pest Control can help you eliminate funnel ants. Our expert technicians will perform an inspection of your property and determine the best means of control. Our slow-acting residual pesticides can protect your property for months at a time. We also have products available that will spread throughout the colony, killing the queen and ensuring that your funnel ant problems will be solved. For Sunshine Coast ant control, trust Radar Pest Control to get the job done right.