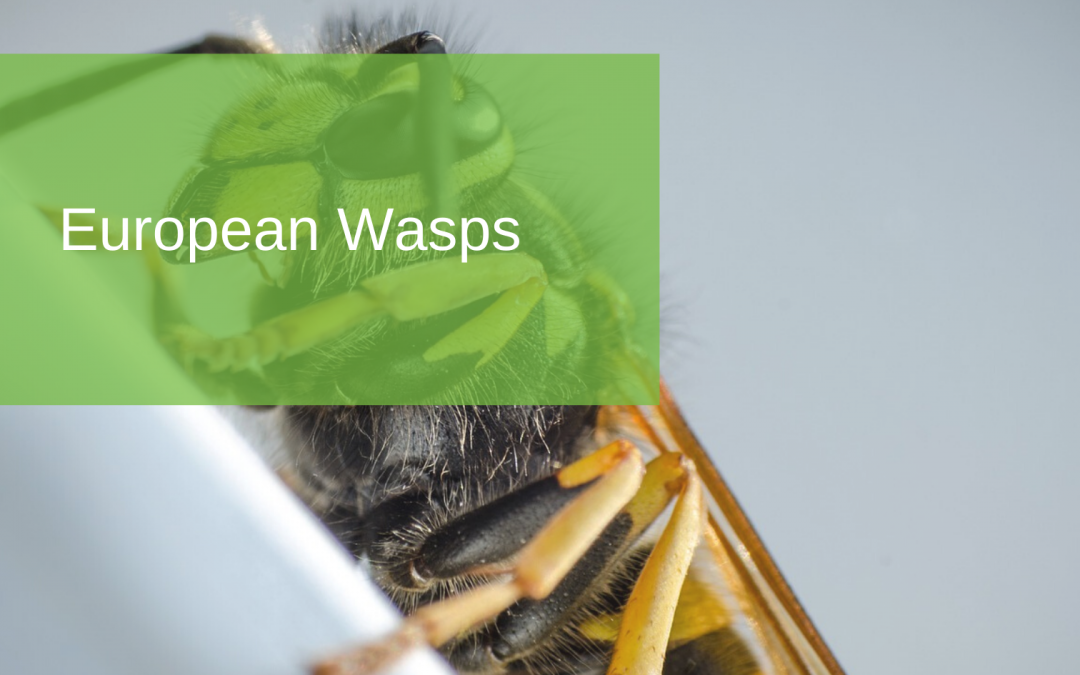 You may have heard that “Murder Hornets” (Asian giant hornets aka vespa mandarinia) have been seen in the wild in the United States for the first time. News of this invasion has crossed the globe and added more anxiety to an already packed 2020. This invasive species threatens native honey bee species and may have an adverse effect on other wildlife and the environment if it is not controlled quickly. While the notorious murder hornet does not live in Australia, we do have an invasive species that is having a similar impact on our ecosystem. The European wasp is currently spreading throughout Australia, so it is important to be able to identify it and know how to treat it.

How do you identify European wasps?

European wasps look similar to some native bees and wasps, so proper identification can be difficult, but there are a few differences in looks and behavior that are helpful. European wasps are approximately 15 mm long, but their bodies are more stout compared to the longer and thinner bodies of paper wasps. European wasps have black antennae and bright yellow and black stripes, while native paper wasps are often more subdued in color. 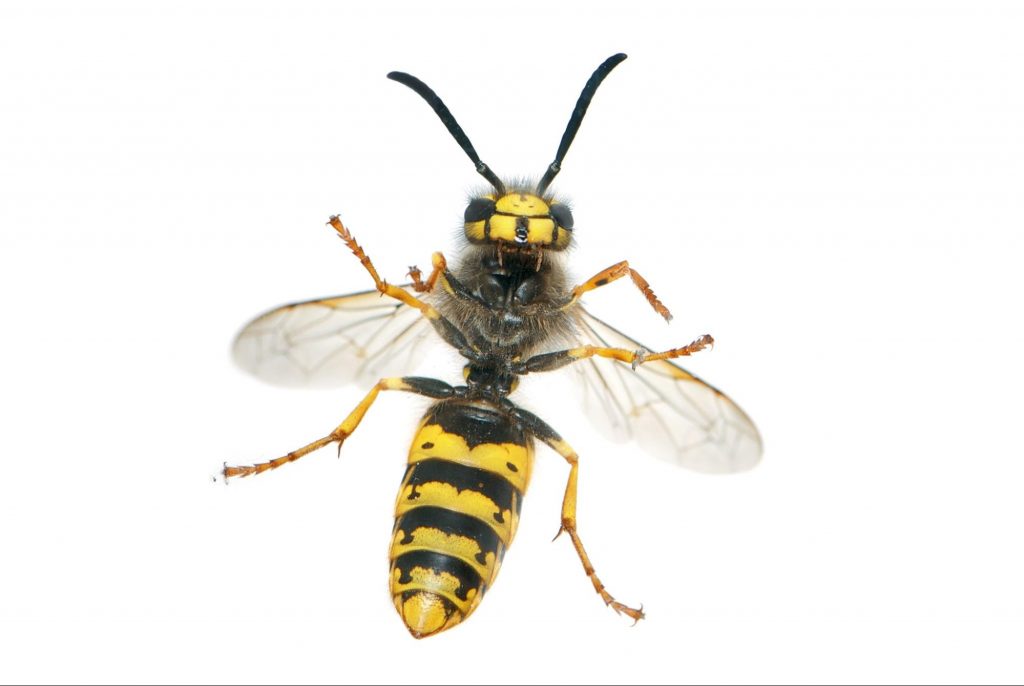 Behavior is also an important identifying characteristic. European wasps tend to fly quickly from thing to thing without hovering very much. They also carry their legs close to their bodies. Paper wasps regularly hover around bushes, flowers, etc. When they fly, their legs usually dangle. One of the most helpful behavioral characteristics that can distinguish the two groups is their eating habits. European wasps tend to spend more time around humans. They scavenge for human food and drinks, pet food, dead animals, garbage, and insects. They make many trips between their food source and their nests, which are normally found in the ground. Paper wasps, on the other hand dine on caterpillars, flies, beetles, and other insects, while trying to avoid humans. Their nests are usually small, with papery-honeycomb cells. 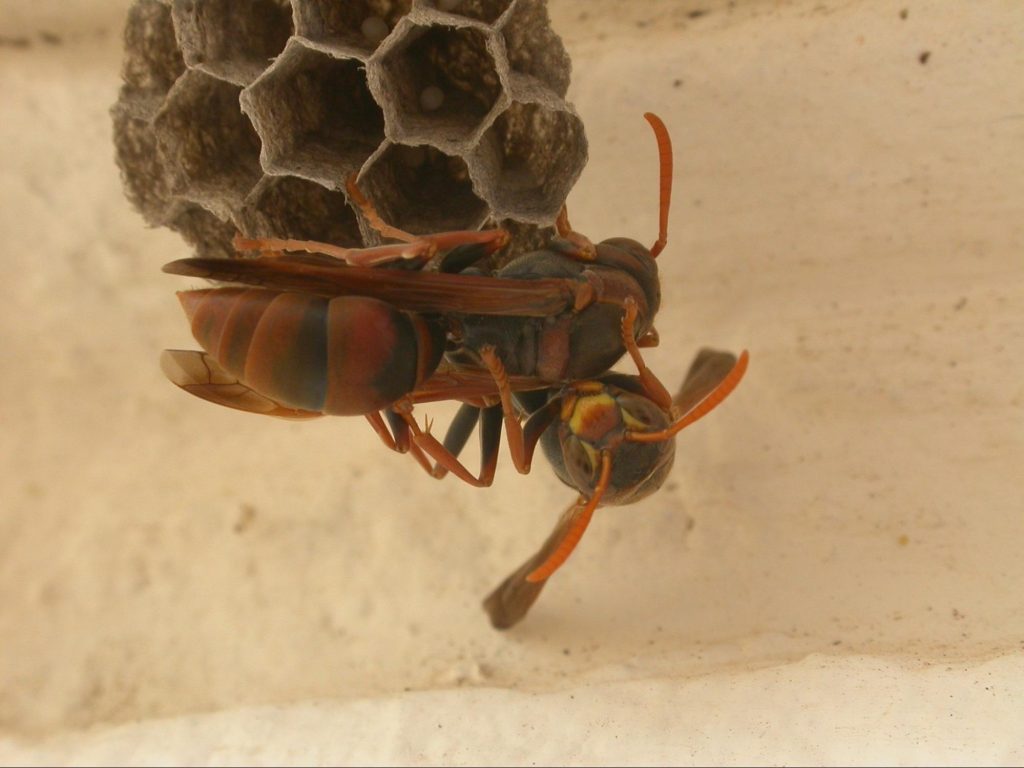 Where are European wasps found?

European wasps are native to Europe, North Africa, and Asia, but have spread to many other parts of the world, including Australia. They are now found in Western Australia, South Australia, Victoria, and New South Wales. So far, only isolated nests have been found in Queensland, but that is likely to increase.

What threats do European wasps pose in Australia?

The introduction of invasive species can have wide-spread consequences. European wasps have a painful sting that can be dangerous for humans (particularly gardeners, fruit pickers, etc.) pets, livestock, and more. They also prey on native insects and compete for food with native animals. There is also fear that European wasps may harm honey bee hives in the region.

Regardless of the species, wasps that have established nests close to human dwellings pose a danger to humans and pets and should be dealt with before the population gets out of hand. While some wasp control can be done on your own, it is often safer and more effective to have a professional eliminate the wasps and remove the nests. If you are in need of Sunshine Coast wasp control, contact Radar Pest Control. We are your pest control specialists in Bli Bli, Nambour, Buderim, and throughout the Sunshine Coast.