Do Ants Have Wings? 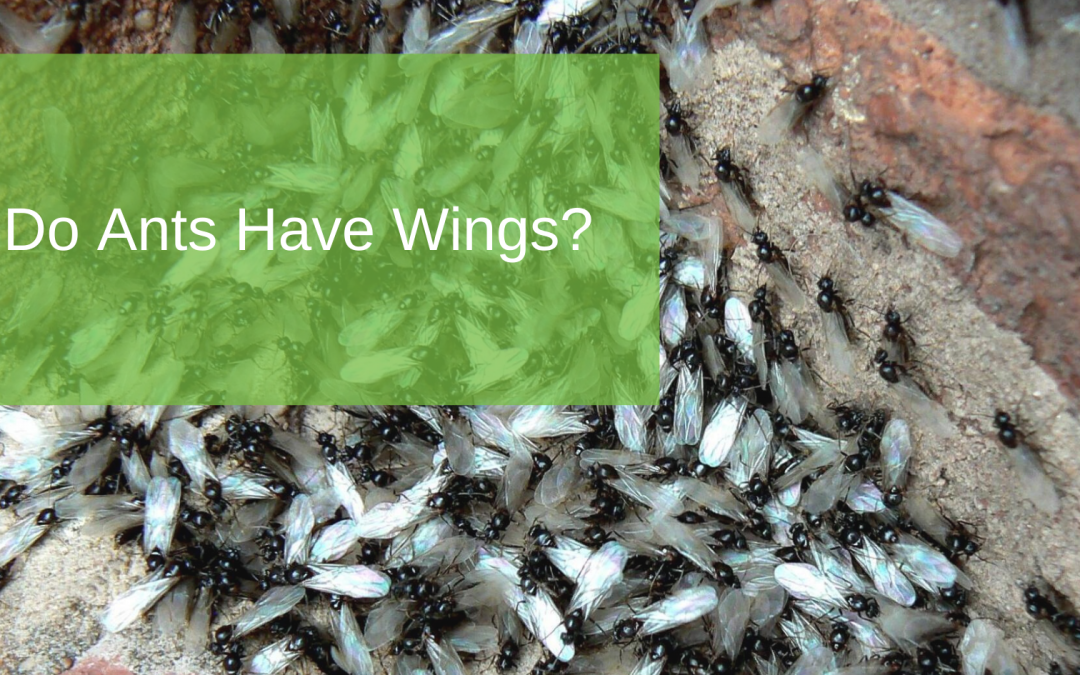 If you have seen swarms of little critters that look like flying ants, you may wonder if you are crazy or if some ants actually have wings. You do not need to worry about your sanity because the reproductive classes of most species of ants have wings for at least part of their lives.

Ants form complex social colonies that are divided into castes. The largest and most common caste that we see are the workers. These ants are responsible for all the work that happens in the colony including: foraging for food, maintaining the nest, tending the larvae, and defending the colony. These workers are all sterile females and do not have wings.

The other major castes within the colony are the reproductives. The life of the colony is the queen (or queens). She lays all the eggs and is essential for the survival of the colony. While most of the eggs she lays become workers, future reproductives are also produced. These fertile females (future queens) and males (drones) are called alates and will eventually leave the colony to form new colonies. The alates are the ants that have wings and will fly around in swarms. 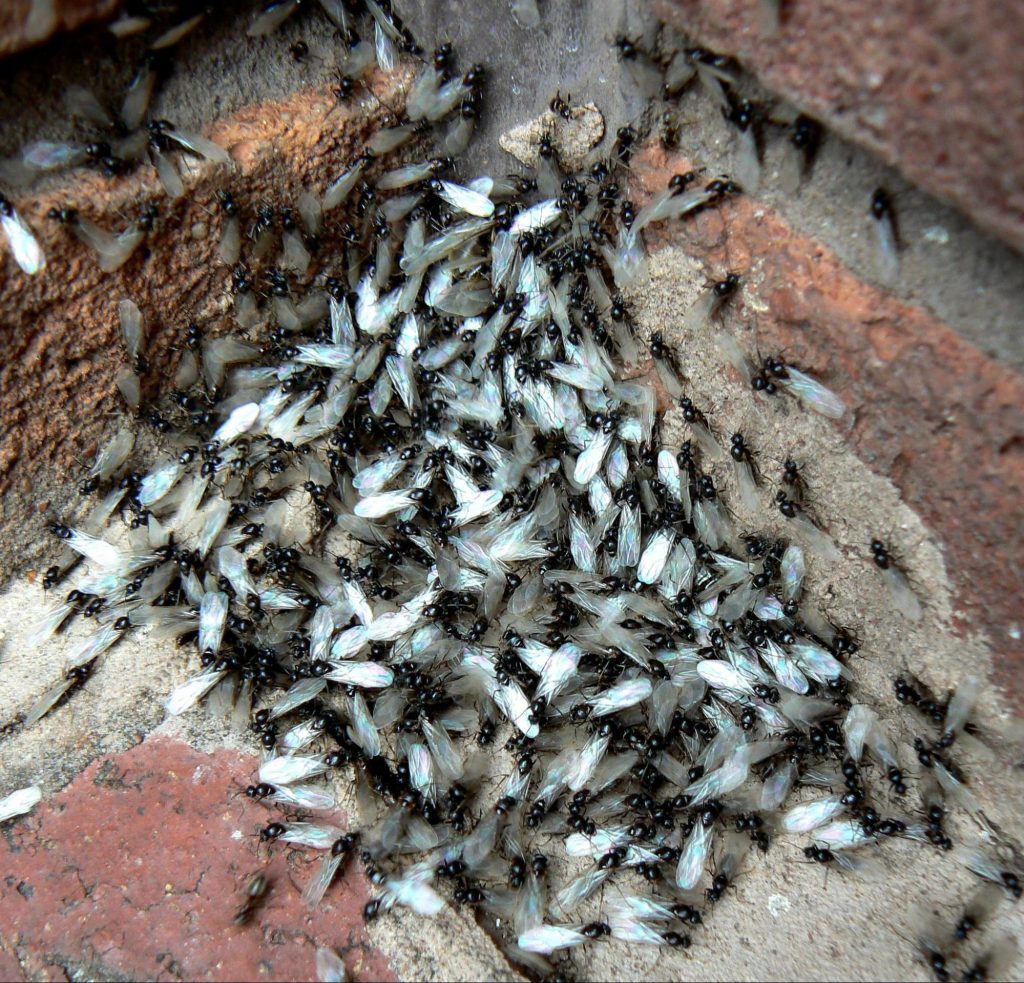 During certain times of the year, often in the Spring after heavy rain, large groups of alates will form a swarm to seek out mates. This is called a nuptial flight. These swarms can be in the thousands, but because of predators and lack of food and water, often only a small number will actually mate and start a new colony.

After mating, a queen ant will find a good place to start a nest, twist off her wings because they are no longer needed, and begin producing eggs. She will produce eggs constantly for the rest of her life, which can be over a decade. The male drones, who have a much shorter lifespan, typically die within a few weeks.

Since ants do not fly very well or far distances, seeing winged ants is an obvious sign of a nest nearby and the potential for a new one to form. Homeowners who see swarms of reproductives should be diligent with their ant control efforts. It is also important to be able to correctly identify whether the flying creatures are ants or termites, as they look very similar. While ants are definitely a nuisance, termites can be extremely destructive, so even more care should be taken if it is termites. For specific information on identification, check out: How to Tell the Difference Between Ants and Termites.

Ant control is important year round in order to prevent infestations from developing. A regular treatment schedule is recommended to keep ants and other pests at bay. If you live on the Sunshine Coast in Buderim, Nambour, Bli Bli, and surrounding areas, Radar Pest Control can help. Our knowledgeable technicians and friendly staff will help keep your home safe and pest free. For pest control Sunshine Coast, contact Radar Pest Control today.