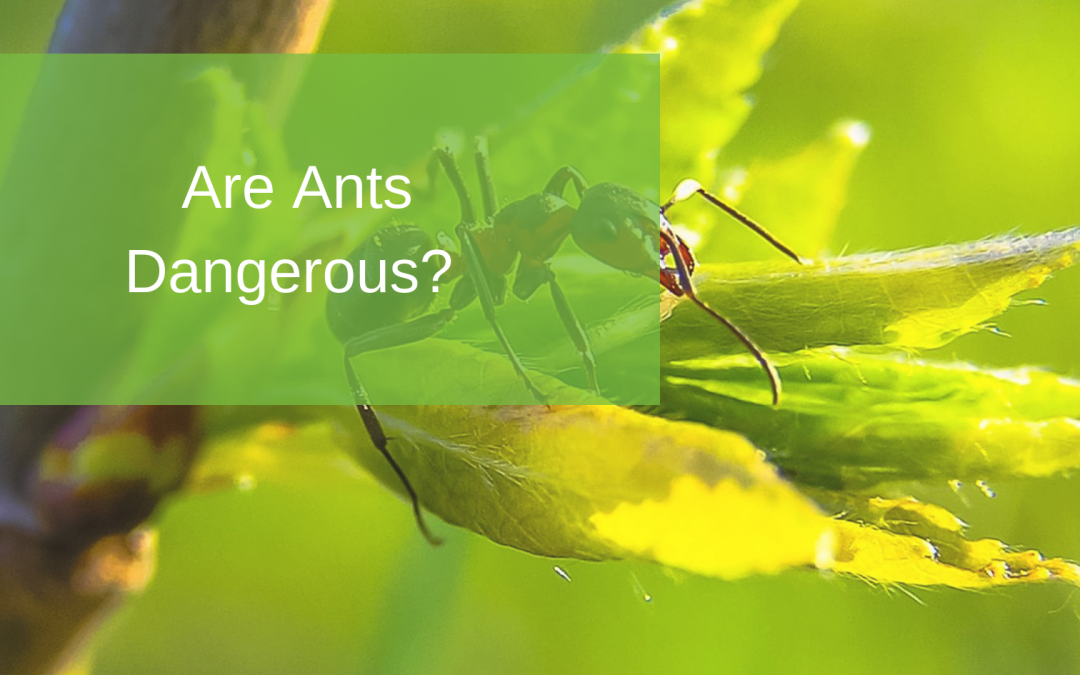 Ants are not typically regarded as dangerous creatures. In fact, the vast majority of the more than 12,000 species of ants in the world are fairly harmless. That being said, ants have been known to transmit disease pathogens, spread food borne illnesses, and cause painful bites and stings. So, while you should not fear ants, you should do your best to keep them out of your home and business.

Researchers have shown that ants do carry and transmit bacteria and other organisms that are disease pathogens. For most of us with strong immune systems, this is probably of little concern, but for medical facilities, ants can actually be a big problem. Pharaoh ants, in particular, are known to cause trouble in hospitals. The Entomology and Nematology department at the University of Florida in the United States wrote,

“In ant-infested hospitals, burn victims and newborns are subjected to increased risk because the Pharaoh ant can transmit over a dozen pathogens such as Salmonella spp., Staphylococcus spp., and Streptococcus spp. (Beatson 1977, Haack and Granovsky 1990, Smith and Whitman 1992). Pharaoh ants have been observed seeking moisture from the mouths of sleeping infants and from in-use IV bottles (Smitha and Whitman 1992).

Clearly, ants can be dangerous in this situation, so medical facilities are always on the watch for them. Food processing plants and other businesses should also do their best to keep ants away.

Ants are very diverse and will defend themselves in a variety of ways. Some ants bite and others will sting. Most of the time this will only cause a bit of pain, but serious allergic reactions can occur in some individuals. One species of ant that is particularly dangerous because of its sting is the fire ant. Fire ants will bite first to get a good grip, and then sting from the abdomen. Symptoms of an ant sting may include: pain, swelling, itching, secondary infections, and even anaphylaxis in very rare instances. Ants can also be dangerous because there are so many of them in a nest that an unlucky person can receive many bites or stings at a time. Red Imported Fire ants on the Sunshine Coast are very rare, but any sightings should be reported immediately to the QLD Department of Agriculture and Fisheries.

Ant Control on the Sunshine Coast

The dangerous situations mentioned above are not extremely common, but should encourage homeowners to take care of ant problems before they get out of control. If you are in need of Sunshine Coast ant control, contact the experts at Radar Pest Control. We will make sure your home and family are safe and pest-free.