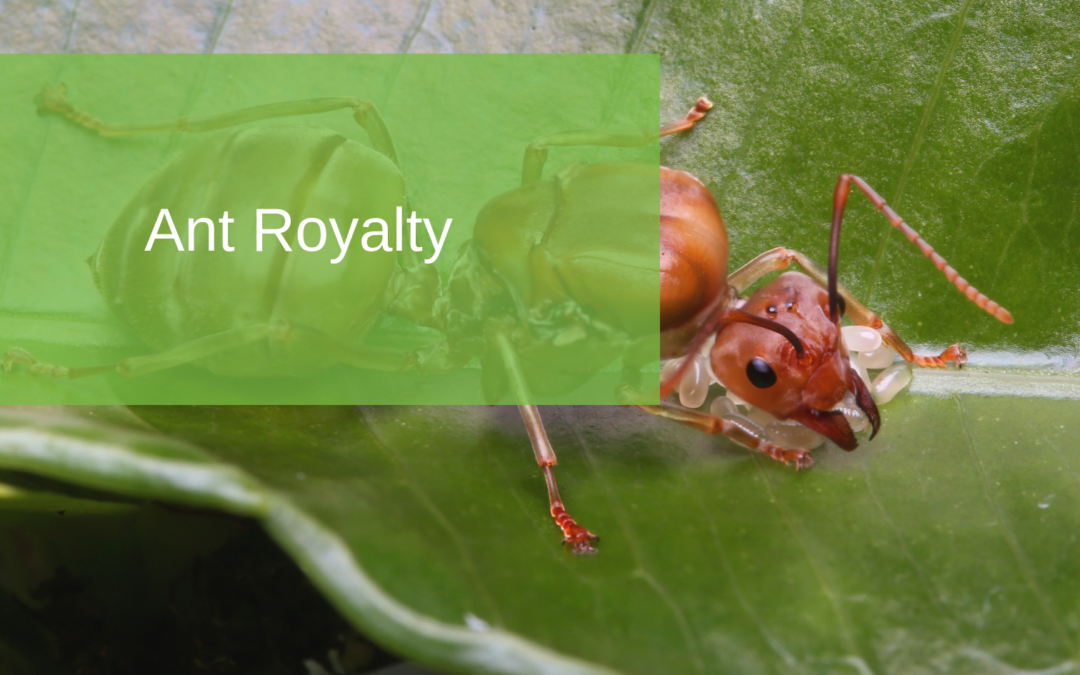 The queen ant is one of the most fascinating creatures around. Not only is she one of the longest living insects in the world, but the survival of the colony is also completely dependent on her. This is why ant control must focus on killing the queen. If you hope to be able to control ants around your home and yard, it would be wise to learn more about this royal insect.

The Making of a Queen

Ants develop through a process known as complete metamorphosis. This means that they have distinct egg, larva, pupa, and adult stages. All ants start out the same, but the amount of nourishment and care that they receive will determine their position in the colony. When food or other resources are lacking, all of the larva will develop into female worker ants so they can contribute to meeting the needs of the colony. If there is plenty of food and water, some of the larvae will start to receive better care and more nourishment. These will develop into sexually mature female ants that will become queens.1

At certain times of the year, the winged reproductive males and females will take part in a nuptial (mating) flight. After mating, the males die and the females find a place to start their own colony. Once they no longer need their wings, they will twist them off and discard them. They will then become an egg laying machine.

Queen ants usually remain in the nest to lay eggs, but sometimes you may see them. There are two things to look for when trying to identify a queen ant: its size and the attention that it receives. Queen ants are typically significantly larger than the other ants in the colony and have an enlarged thorax because their sole purpose is to lay eggs. You may also notice wings or the remaining stubs of wings on a queen ant. The queen ant will likely receive more attention than the other ants. Worker ants feed and clean the queen, so they will often climb all over her. This may also help in identification.

Importance of the Queen in Ant Control

Queen ants can produce millions of eggs in a lifetime, which can be up to 30 years! The queen is responsible for the growth and replenishment of the colony. Some species of ants on the Sunshine Coast have only one queen and some have multiple queens. Without the queen or queens, the colony will slowly die off because there will be no new ants to replace the dying ones.

Effective ant control will target the entire colony in hopes of killing the queen. Baits are particularly effective at this because the worker ants will gather the poisoned baits, take them back to the nest, and feed the queen ant and others through trophallaxis (regurgitation). The ants will spread the poison throughout the whole colony. Once the queen or queens are dead, the ant colony will also die.