5 of the Most Dangerous Spiders in Australia 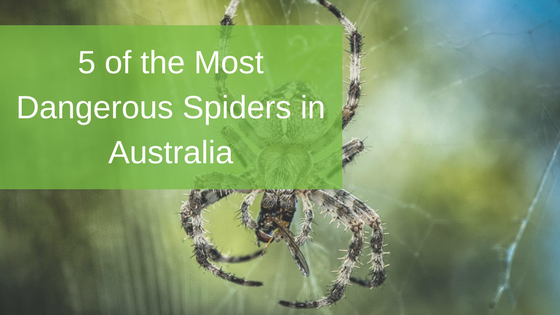 Australia has a reputation for being home to many dangerous creatures, including spiders. While we do have some of the most poisonous spiders in the world, deaths from spider bites are still extremely rare. According to Australian Geographic, since antivenom was developed in 1981, there has only been one spider-related death. That doesn’t mean that we should let down our guard because spider bites can still cause intense pain and other serious complications. Let’s take a look at some of the spiders that you should avoid. 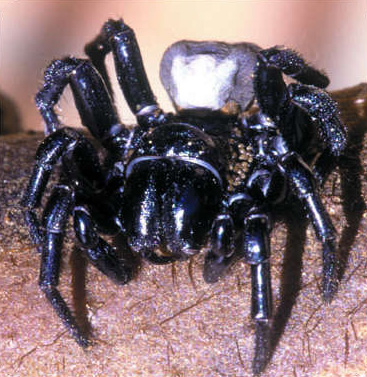 Description: Funnel-webs are black to blackish-blue in color with a shiny body, broad head, and large fangs.

Regarded as perhaps the most poisonous spider in the world, the Sydney funnel-web has extremely toxic venom. According to Australian Geographic, approximately one in six bites will cause a severe reaction, which can attack the nervous system. The funnel-web is typically found in Southern Queensland and New South Wales in both forests and urban environments. Thirteen deaths have been attributed to this spider, but none since 1981. There are six other species of funnel-webs that are also highly dangerous. 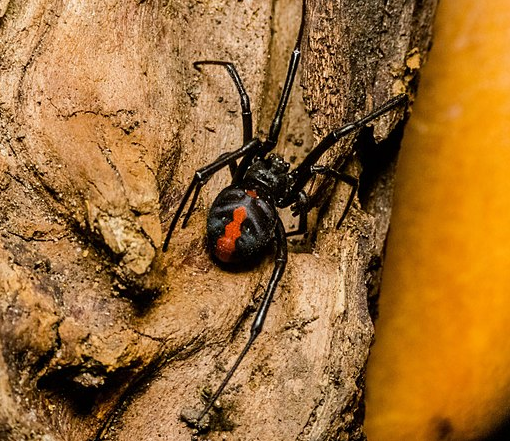 Size: Up to 1 cm (females much larger than males)

Description: Females are shiny black with a red stripe, while males are typically light brown with white markings and a faint hourglass shape on the underside.

Each year there are nearly 2000 bites reported from redback spiders, but only the female of the species is dangerous to humans. The common hallmark of a bite is severe pain that lasts a long time. They are nocturnal and tend to live in dark, undisturbed areas like sheds and mailboxes. Young children, the elderly, and other sensitive populations are at most risk from the redback spider, but deaths are very rare and antivenom is available. 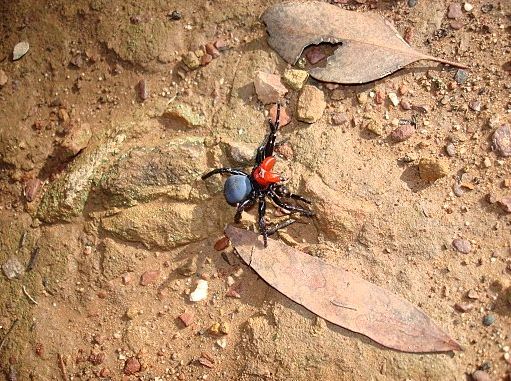 Description: Females are glossy black and very similar in looks to funnel-webs; male coloration varies by species ranging from brown to blackish-blue or even bright red. They also have broad heads with spread out eyes. 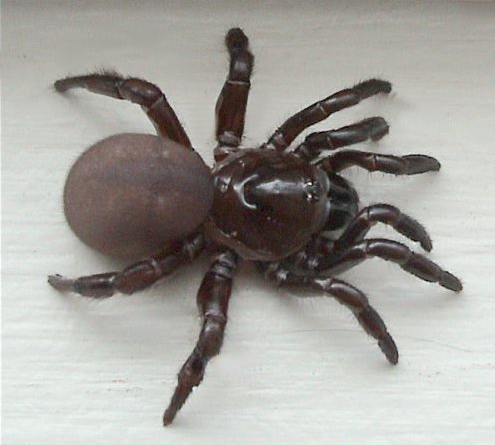 Description: Different species of trapdoor spiders range in color from yellowish brown to black to reddish brown. They have sharp fangs, broad heads and bodies, and short legs, which gives them a stocky appearance.

Trapdoor spiders are found throughout Australia and are also sometimes mistaken for funnel-webs. Trapdoor spiders do not live in webs, but instead live in burrows with a circular “lid” made of soil and plant material that is attached with silk so that it has a hinge. It will emerge from its trapdoor to grab its prey. The bite of this kind of spider is not lethal to humans, but can be very painful and cause nausea and malaise. 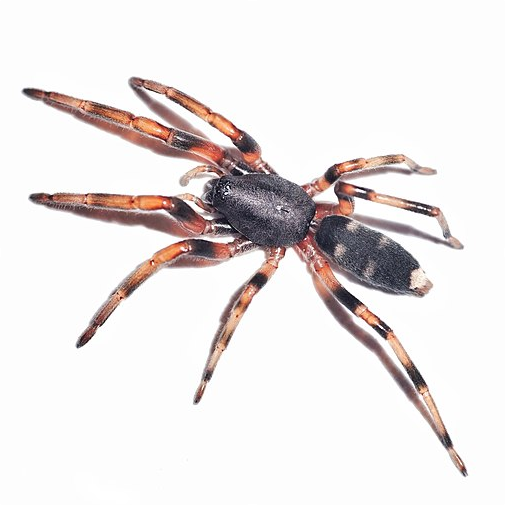 Description: Dark gray body with brown and orangish bands on its legs. They also have a whitish tip at the end of their abdomen.

White-tailed spiders are found all across southern Australia and can be seen in natural settings as well as urban ones. This type of spider does not burrow, but instead prefers to live under rocks, in gardens, or other small spaces, including inside homes. The bite of a white-tailed spider causes localized pain and discomfort and can be red and swollen. They are not fatal to humans.

Effective spider control is a must here along the Sunshine Coast in Australia. With dangerous pests, including spiders, all around, it is wise to invest in a professional pest control company that can keep your home and family safe. While encounters with these 5 dangerous spiders are rare, perimeter treatments and other control measures will help keep many different pests out of your home. Radar Pest Control is committed to being professional, friendly, and fast. We know how to treat our customers right. For Sunshine Coast spider control, contact us today.